Rolfing is deeper than the deepest massage–and sometimes more painful. Some athletes swear by it anyway.

If you’re a sports-movie fan, you probably still remember Semi-Tough, the 1970s pro football satire that pokes fun at the era’s weirdest training techniques. Perhaps the funniest scene is the one in which Burt Reynolds receives an excruciating massage administered by a viscious old lady, after which he’s barely able to limp away. It’s almost enough to make you forgive the guy for Cop and a Half.

What you may not know is that the movie was satirizing a real technique, known as Rolfing, that’s intended to improve flexibility and balance, even to restructure the entire body. And despite its painful reputation, many athletes are still seeing Rolfers to recover from injuries or improve their performance on the playing field.

The technique was developed in the middle of the past century by a biochemist named Ida Rolf, who believed that fascia becomes thickened and inflexible as the result of past injuries, repetitive stress, or even working out. Once that tension is released through hands-on manipulation, people end up with a greater range of motion, stand straighter, and are sometimes taller than before. Along with the physical stress, emotions or memories that may be associated with specific events can also be released–so it isn’t unheard of for someone to suddenly remember a long forgotten injury, or even to start crying for Mommy right there on the table.

But here’s what you really want to know: Does it hurt? After all, this is no namby-pamby spa massage–these guys dig deep. The answer, which may not make you feel a lot better, is that sometimes it does and sometimes it doesn’t. “There’s no question that rolfing can be painful,” sas Craig Swan, a former New York Mets pitcher who is now a certified Rolfer in Connecticut. “Still, would you opt for a little bit of pain that goes away immediately if it meant getting rid of your chronic pains forever?”

OK, we’re mulling over that one … Yet, plenty of people get through their sessions with little if any discomfort, especially since current training encourages Rolfers to use a lighter touch. “We teach a much gentler style now,” says Jeffrey Maitland, Ph.D., a Scottsdale, Ariz. based advanced Rolfing instructor and director of academic affairs for the Rolf Institute. Maitland who consults with the Phoenix Suns and has worked on such former and current NBA players such as Danny Ainge and A.C. Green, says wryly, “Pro athletes don’t like it when it hurts.” Charles Barkley–whom, one would assume, you wouldn’t want to upset–had no trouble with his Rolfing sessions, Maitland adds. 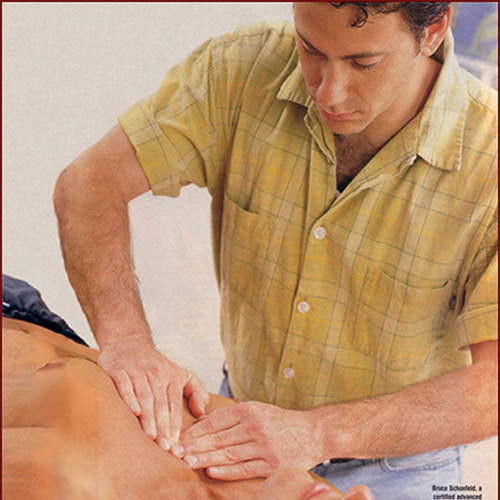 Rolfers call their technique “structural integration,” meaning that they help the body become better aligned–your head, shoulders, thorax, pelvis, and legs are adjusted to form a straighter stack. Not only does this help injury prevention and recovery, but it may actually help you play better.

“While everyone can be­ne­fit from Rolfing, it’s espe­cially helpful when you’ve got mus­cu­lo­ske­le­tal in­jur­ies or back pain,” Maitland ex­plains. “Which isn’t to say that we can fix any­thing or prevent all in­jur­ies, but athletes who come to us tend to have fewer and less troublesome in­jur­ies over time.” Maitland recalls one night when Danny Ainge was injured and thought he might have to sit out, “I worked on him, and he ended up play­ing one of his better games.”

Rolfing is especially useful for athletes who par­ti­ci­pate in “finesse” sports, such as tennis, golf, base­ball, and skiing, be­cause it improves both balance and range of movement. In fact, a Rolfer may also offer suggestions for mov­ing your body dif­fer­ent­ly to help keep the tension from returning. “I try to teach pitchers how to use their bodies in a more functional way, so they can use le­vers and ful­crums in their bodies instead of relying on their strength,” says Swan, who adds that getting Rolfed himself al­lowed him to become the first pro pitcher to come back from a rotator cuff injury back before today’s advanced surgical tech­niques had been invented. “The essence of Rolfing is to align the building blocks of the body so the right movements will come more naturally.”
There are thousands of Rolfing practitioners around the world (as well as those who work with offshoot techniques such as Hellerwork and Aston Patterning). To find a Rolfer in your area, call 800-530-8875 or go to rolf.org. A typical program consists of 10 hourlong sessions, costing $80 to $140 each; unless you have a specific injury, they’re not likely to be covered by health insurance. (While doctors generally don’t consider Rolfing to be harmful, there’s very little scientific evidence proving that it works, either). You can certainly ask a Rolfer if the sessions are likely to hurt. Also, Maitland says, “Let your Rolfer know if you’re an athlete; the technique can be specifically geared to your needs.”

Ben Kallen is a senior writer for Men’s Fitness. 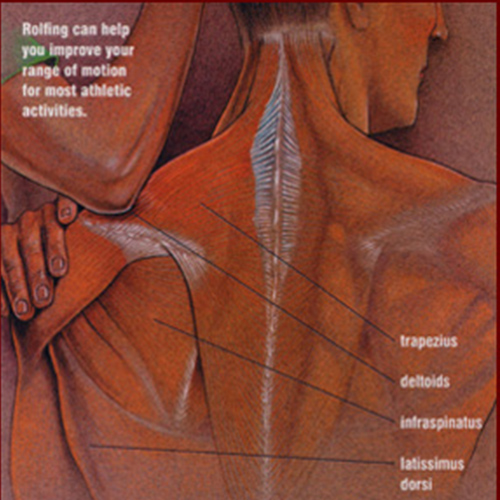